Centipedes are among the most abundant group in the phylum Arthropoda, with several segments and pairs of legs. They may be found in a variety of environments, ranging from metropolitan dwellings to impenetrable woodlands.

If you’re interested in entomology, you might question, “How many legs does a centipede have?” “How many segments are there in its body?”, “How do they use their legs?” and “How many centipede varieties are there?” And in the present article, we will go right to the solution to that question.

Centipedes are members of the Chilopoda class, and there are around 3,150 species worldwide. The class is further subdivided into five orders: Scutigeromorpha, Scolopendromorpha, Lithobiomorpha, Craterostigmomorpha and Geophilomorpha, which differ in terms of limb segmentation and the total number of legs.

While the word ‘centipede’ is derived from the Latin language and translates to ‘100 feet,’ centipedes do not typically adhere to this set total in terms of the total number of legs. As a result, centipedes can have as few as 30 legs or as many as 100.

The House Centipede, which may grow to be over an inch long, is the most prevalent residential species in North America. Other species can grow to be over six inches long.

They are also known as home centipedes. Adult Scutigeromorpha bodies are normally 25 to 35 mm long, however bigger individuals are occasionally observed. The inflexible body is supported by up to 15 pairs of long legs. It implies they have up to 30 legs in total, depending on the number of segments.

They, together with the antennae, give the centipede the impression of being 75 to 100 mm long. Its sensitive legs let it move at astonishing rates of up to 0.4 meters per second over floors, up walls, and along ceilings. It has a yellowish-grey body with three black dorsal stripes going down its length and dark stripes on its legs.

Scutigeromorpha has acquired automimicry since its tail-like hind legs resemble antennae. When the centipede is at rest, it is difficult to distinguish between its cranial and caudal ends. House centipedes and their near siblings, unlike most other centipedes, have well-developed faceted eyes.

Scolopendromorpha centipedes are the largest and most vicious predatory centipedes. Scolopendromorphs are the most significant centipedes in medical and toxicological studies due to the toxicity of their venom, and they are the focus of most investigations on human bites. Scolopendromorphs are large, robust, and flexible creatures with 25 to 27 segments and 42 or 46 legs. Filiform antennae with 17 to 35 segments adorn the rounded large head capsule. Many species are blind or have four ocelli on each side of their head.

Scolopendromorphs have tergite heteronomy, with shorter segments 2, 4, 6, 9, 11, 13, 15, 17, and 19. The pleurites of the terminal segment combine with the inflated coxae of the last legs to form coxopleurae, which grow into a process armed with spines and spurs and covered in gland pores. The final pair of legs are larger than the others and appear to function as prehensile appendages to grab or squeeze prey. Scolopendromorphs are colored yellow, orange, red, blue, and green, with many species having darker patterns.

They are commonly known as stone centipedes.The Lithobiomorpha are small, compact centipedes that range in size from 4 to 40 mm. They contain 18 body segments and 15 pairs of legs. They have significant tergite heteronomy, with some tergites being much longer than others.

The first pairs of legs are short and get longer towards the back. The final two pairs are the longest and are employed for mating and prey capture. Spiracles are situated laterally and are paired. The body and head are flattened dorsoventrally, allowing the animal to enter tight cracks in quest of food. The head is ‘heart-shaped,’ with a noticeable ridge running along either side.

This order’s members have filiform antennae with 13 to 100 segments, as well as teeth and additional setae on their mandibles. The group has lost the compound eye, and most species have ocelli in tiny lateral clusters of one to thirty ocelli, while there are few blind species. The Tömösváry organ is a sensory organ located beneath the eyes on either side.

The Lithobiomorpha is a big and diversified worldwide order made up of two families characterized by the presence of setae alone on the legs i.e. in Henicopidae or spines/spurs + setae i.e. in Lithobiidae. About 95 genera and over 1500 described species, with a worldwide fauna, are estimated to include more than 2000 species.

Craterostigmomorpha contains 15 pairs of legs as well as sterna, and the trochanter of the 14th and 15th pairs of legs has a lengthy apical spine. The lengthy tergal plates are separated into two halves, and 21 tergites appear to exist. The length of the head and body can reach 50 mm and are normally greenish-brown with a red-brown head.

They are the most geographically limited and least diversified. It is found solely in Tasmania and New Zealand and has an entirely trans-Tasman distribution, which is best explained by either a relict east Gondwanan distribution or a more recent trans-Tasman dispersion event. There is just one family, one genus, and two recognized species in the order: Craterostigmus tasmanianus and Craterostigmus crabillicommonly found in Tasmania and New Zealand respectively.

They are also known as soil centipedes or earth lovers. Geophilomorpha centipedes are the most evolved group of centipedes. They are exceedingly tall and light in color, with a yellowish-brown head. Because of their burrowing activities and environmental preferences, they are the only centipedes that have not evolved for speed, preferring to dig slowly through the substrate.

They range in length from 5 to 200 mm; some are thin and delicate, while others are wide and ribbon-like. The body is made up of 33 or more segments, and the number of leg pairs is usually odd, ranging from 27 to 191. The eyes are invariably missing, and the head is lenticular or elongated and rectangular. The antennae are filiform, with 14 segments, and two sensory pits on the final segment.

This order’s members lack Tömösváry organs. The anterior section of the body narrows posteriorly and has robust legs needed for burrow expansion. The thin oesophagus fills the front part of the body, confining the midgut, which holds the heavier amounts of dietary material, to the posterior portion and allowing the animal to burrow without getting trapped due to undigested food. The central arrangement of the head, oesophagus, and nerve cord is another adaptation that aids motility.

Geophilomorphs are the only centipedes with identically sized tergites. The final pair of legs, known as ‘posterior antennae,’ has an expanded coxopleural segment with numerous distinct pores and frequently lack a tarsal claw. Because the cephalic plate, which covers the square to rectangular head, is tiny, much of the maxillipeds may be seen from above.

Geophilomorpha species are found on all inhabited continents, and some have been transplanted to oceanic islands. They range in elevation from sea level to high altitudes in the Andes and Himalayas. Out of an estimated worldwide fauna of 4,000 species, this is the most diversified centipede group, with 14 families, 180 genera, and around 1,200 known species.

Difference between millipede and centipede

Centipedes are dorsoventrally flattened flexible arthropods. Millipedes are more stiff arthropods with a subcylindrical form that belongs to the Class Diplopoda. Centipedes have one set of legs for each body segment, but millipedes have two. Centipedes are carnivores that kill their victims by injecting venom into them. Millipedes generally consume decaying organic debris, although they may also consume various parts of plants. 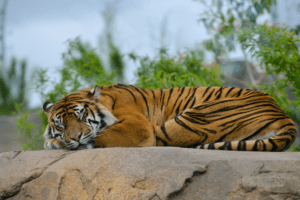 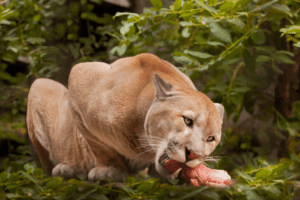