Huskies are a type of dog that is known for being very vocal. They are often used as working dogs, and their barking can be quite useful in certain situations. However, many people also enjoy the sound of a husky’s voice simply for the sake of listening to them talk. So, when do huskies start talking?

Huskies typically start talking around the age of six weeks. This is when they are old enough to start learning how to use their voice in a meaningful way. Of course, every husky is different and some may start talking sooner or later than others. However, six weeks is generally when you can expect them to start making vocalizations that are more than just random noises.

One of the first things that a husky will learn to do is how to bark. This is a useful skill for them to have as it can help them communicate with their owners and other dogs. Barking can also be used as a form of self-defense or warning. Huskies will usually start barking when they are excited or when they want to get someone’s attention.

In addition to barking, huskies will also learn how to howl. Howling is often used as a way to communicate over long distances. It can also be used to express emotions such as sadness, loneliness, or even joy. Huskies usually start howling when they are around seven or eight months old.

When Do Huskies Start Talking ?

If you would like to encourage your husky to talk, there are a few things that you can do.

1. Socializing with Other Dogs

One is to provide them with plenty of opportunities to socialize with other dogs. This will give them a chance to practice using their voice in a variety of situations. You can do this by taking them to the dog park, going on walks with them, or even just letting them play in your backyard with other neighborhood dogs.

2. Encouraging Them to Howl

Another way to encourage your husky to talk is to encourage them to howl. You can do this by howling yourself, playing recordings of other dogs howling, or simply giving them lots of praise when they do howl.

3. Praise Them When They Talk

Finally, be sure to praise your husky whenever they use their voice. This will let them know that you enjoy hearing them talk and that you think it’s a great thing. In time, they will learn that talking is a good way to get your attention and will likely do it more often.

Do all huskies talk?

No, not all huskies talk. Some huskies may never learn how to bark or howl, while others may only ever make noises that are random and without meaning. However, most huskies do eventually learn how to use their voice in a way that is intelligible to humans.

Why Do Huskies Talk But Other Dogs Don’t?

It’s not entirely clear why huskies talk but other dogs don’t. Some experts believe that it may be due to the fact that huskies are bred to work with humans and, as such, have developed a stronger bond with them. This bond may make them more likely to want to communicate with their owners.

In addition, this talking behavior comes from their pack mentality. In the wild, huskies would howl to communicate with other members of their pack. This behavior has carried over into domesticated life and may be another reason why they are more likely to talk than other dogs.

What do huskies use their voice for?

A: Huskies typically use their voice for two main purposes: to bark and to howl. Barking is often used as a way to get someone’s attention or as a form of self-defense. Howling, on the other hand, is usually done as a way to communicate over long distances. However, huskies may also make other noises, such as whimpering or growling, which can express a variety of emotions.

Do huskies ever stop talking?

No, huskies do not typically stop talking. Once they learn how to use their voice, they will usually continue to do so throughout their life. However, some huskies may talk less as they get older. This is often due to changes in their environment or health. For example, huskies that live in apartments or homes with little to no yard space may bark less often because they have fewer opportunities to do so. Additionally, huskies that are ill or elderly may also talk less due to a loss of energy or interest.

Do huskies talk to each other?

Yes, huskies often talk to each other when they are playing or when they are trying to communicate something. For example, a husky may bark at another dog to show that they are excited or happy. 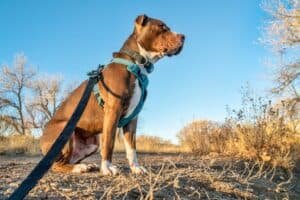 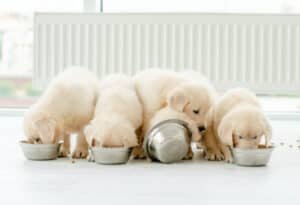 When Do Puppies Eat Solid Food? – 5 Important Tips For Transitioning Them to Solid Food 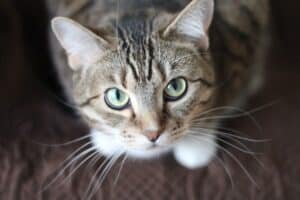 How To Lower Creatinine Levels In Cats – 4 Important Tips 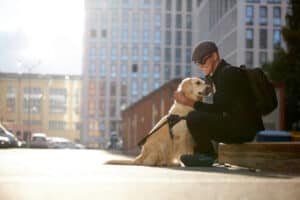 What To Do With Dog While At Work: 9 Important Tips You Need To Know