When you think of camels, the first thing that comes to mind is their humps. But have you ever wondered why do camels have humps? What do they do? And are they essential?

Camels are uniquely adapted to the harsh conditions of the desert. They can go for long periods without water and travel long distances in hot weather.

One of the most distinctive features of the camel is its hump. In this post, we’ll look at the camel hump and explore its role in the animal’s physiology. Stay tuned!

Why do camels have humps?

Every child knows that a camel without a hump is not a camel. Camels are mostly found in the Middle East and some parts of Asia. It is believed that humps on the back of the camel are developed in response to the environment. Many scientists believe that the hump helps maintain body temperature.

Some possible reasons are mentioned below:

Do camels store water in their humps?

No, camels do not store water in their humps. The hump is made up of fatty tissue, which provides energy and insulation for the camel. When the camel needs energy, it can break down the fat in the hump to create glucose.

This is a valuable resource for the animal, especially in a drought when food is scarce. The hump also helps to keep the camel cool.

The fatty tissue acts as an insulator and prevents heat from building up in the body. So, the hump plays an important role in the camel’s physiology and is not just for show!

Does Camel Have Two Humps?

Have you ever heard of camels with two humps? Yes, Camels have two humps, and two-humped camels are known as Bactrian camels. These camels are usually bigger than dromedary camels and have one hump only.

Camels with two humps are mostly found in the Gobi Desert, known for their harsh environment. The desert has a very cold climate, and the temperature can reach low up to -40 Celsius.

Why do camels have Saggy humps?

When food is scarce, the camel’s body uses the fat in the hump for energy. This causes the hump to shrink and become saggy.

Are camels the only animals with humps?

No, other animals such as bison, lamas, and giraffes also have humps. However, the camel hump is unique because it comprises fatty tissue, which provides energy and insulation for the animal. The purpose of the hump on camels is to store food for many days while living in the desert. Their hump can also carry many weight and goods, making them desert animals.

Can a camel see its hump?

Yes, a camel can see its hump. The hump is an important part of the camel’s anatomy, and the animal is aware of its presence.

Why are Camels called Desert animals?

Camels are mostly found in regions where the climate is hot most of the year, like the Middle East. They are used to carry goods and heavy loads from one place to another from ancient times. Camels are considered a beast of burden because they carry goods in deserts from one point to another.

People in the desert depend upon them to travel, meat, milk, labour, textile, and dung, which can be used as fuel. Camels are powerful and capable animals. Camels have eyelashes and nostrils that are sealable, and if the sand storm comes, they can close completely shut. A thin membrane serves as the protective layer over their eyes.

Camels have tough feet, which allow them to wander in the desert easily. They can walk up to 20 miles a day carrying hundreds of pounds on their back. They are very active animals and spend most of their time eating. They are herbivores, but they can feed on carcasses and fish to stay alive when food is not available.

How can Camel live without water for so long?

Camels have elastic blood cells, and their capillaries run through their body, including their hump. They hold a large amount of water when they drink it. Camel can go without water for more than five days. They can drink up to 30 gallons of water in 10 minutes.

Camel gets their water from their blood, while some species of Camels can even survive on saltwater. Camel eats green vegetation, which provides sufficient moisture that keeps them hydrated; when the camel exhales, the water traps in the nostril and is reabsorbed into the body to conserve water.

Read Also: What Would Kill a Megalodon 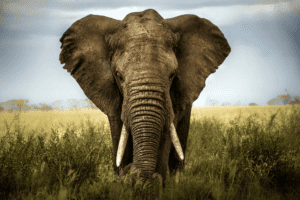 Why Do Elephants Flap Their Ears 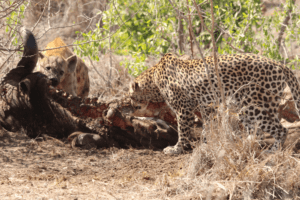 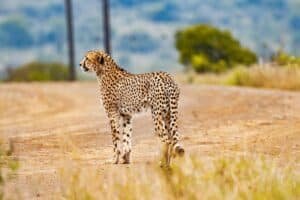