Since then, many other species have become endangered, including tigers, gorillas, and pandas. Many of these animals are on the verge of extinction, and we need to do something to save them!

In this blog post, we will look at each of these animals and find out what is being done to help them. We will also discuss the challenges they face and how we can all help protect them. So please read on to learn more about these amazing creatures!

The Amur leopard is a beautiful animal native to Russia and China. It is currently listed as endangered, and there are only about 60 of them left in the wild.

Amur leopards can run at speeds of up to 37 miles per hour, and they are known for their stealthy hunting techniques. They prey on deer, boars, and other small animals.

The biggest threat to the Amur leopard is poaching. They are killed for their fur, and their bones are used in traditional Chinese medicine. In addition, their habitat is being destroyed by logging and development.

To help the Amur leopard, organizations like the World Wildlife Fund are working to protect their habitat and raise awareness about conserving this species.

You can also help by supporting these efforts and spreading the word about this amazing animal!

The Javan rhinoceros is the most endangered of all rhinoceros species. There are only about 60 of them left in the wild, found in Indonesia.

The Javan rhinoceros is a shy and reclusive animal living in dense rain forests. They are most active at night, and they eat a variety of plants, fruits, and insects.

This species is a dusky grey colour with a single horn. Its skin has distinct folds, giving it a wrinkled appearance.

Illegal hunting for their horns is the primary reason for the population decline of Javan rhinoceros.

Their horns are sold on the black market for use in traditional Asian medicine. Additionally, loss of habitat due to deforestation is also a threat to this species.

The Javan rhinoceros is protected by law, and there are efforts to increase its population through captive breeding.

Additionally, the Indonesian government has established a nature reserve for this species.

WWF also plans to remove the Arenga palm from the reserve as it threatens the Javan rhinoceros.

Orangutans are arboreal animals, which means they live in trees. There are two species of orangutans: the Bornean orangutan and the Sumatran orangutan.

Orangutans are one of the most endangered species in the world. The primary threat to their survival is habitat loss due to deforestation. Deforestation is caused by humans cutting down trees to make room for crops and livestock or to build houses and roads.

Orangutans are also threatened by hunting. They are killed for their meat or to sell as pets.

The pet trade also threatens orangutans. Young orangutans are taken from the wild and sold as pets.

When they become too big and difficult to handle, they are often abandoned or released into the wild, where they may not be able to survive.

Orangutans are also threatened by climate change. As the Earth gets warmer, the forests where they live are drying up. This makes it difficult for them to find food and water.

The best way to help orangutans is to protect their habitat. You can do this by supporting organizations that are working to stop deforestation. You can also help by not buying products made from rainforest wood or palm oil.

Leatherback sea turtles are the largest turtles in the world. They can grow up to six feet long and weigh up to 2000 pounds.

Leatherback sea turtles are found in all the world’s oceans except for the Arctic Ocean. They spend most of their time in tropical and subtropical waters.

The primary threat to the survival of leatherback sea turtles is hunting. They are hunted for their meat and eggs. They are also killed by boats and fishing nets.

The best way to help leatherback sea turtles is to protect their habitat. You can do this by supporting organizations working to stop fishing and hunting. You can also help by not buying products made from turtle meat or eggs.

You can also help by volunteering to clean up beaches. This will remove some of the trash that these turtles often mistake for food.

Snow leopards are found in the mountains of Central Asia. They live in cold, rocky areas where there is lots of prey. There are an estimated  4000-6000 snow leopards left in the wild.

Snow leopards mainly eat mountain goats, sheep, and deer. They will also eat smaller animals like rabbits and hares. Its legs give the snow leopard the ability to leap six times its body length.

Its small rounded ears help it pick up the slightest sound, which comes in handy when hunting prey.

The most significant threat to snow leopards is habitat loss. As human populations continue to grow, we are encroaching on the natural habitats of many animals. This puts pressure on resources like food and water and can lead to conflict between humans and wildlife.

Bluefin Tuna is one of the most endangered animals in the world. They are hunted for their meat, which some cultures consider a delicacy. The population of these fish has declined by more than 80% in the last few decades.

They are found in the Atlantic Ocean and the Mediterranean Sea.

They are carnivorous and have a mass of about 43 kg as an adult.

Vaquita is a small harbour porpoise native and is found in a minimal area of the Gulf of California. It is among the smallest known Cetacean as in whales, dolphins, or porpoises, alive today.

The specie is on the brink of extinction, and only a few of them are left. Illegal fishing is the main reason behind their fewer numbers because they are stuck in fish gears and get caught by fishers.

Hainan gibbon is the most endangered species of monkeys and apes. Only 30 individuals remain, and they are now only restricted to the 2 square kilometres on an island in southern China.

Humans are responsible for their endangerment. They lost their habitat due to housing, cutting down forests, agricultural lands, and intentional wildfires.

Deforestation is the leading cause that leads to the loss of biodiversity and puts the Hainan gibbon at the brink of extinction.

Gharials suffered almost 98% reduction in the population size since the 1950s due to different reasons. The main reason is damming of rivers, resulting in the loss of their habitat and the introduction of dangerous chemicals that lead to prey resources.

The name gharial has an Indian root because their male specie has a Ghara and is named after an Indian pot.

Ghara is the growth on the tip of their snout. Due to their long jaws, they can catch fish.

The local community is using the eggs of Gharials as food which is limiting reproduction.

Gharials also get hunted because their various parts are used in medicine. All these reasons make them among the most endangered species in 2022.

Giant otters are the rarest types of otters globally, and only a few of them are left. Otters feed on fish, and they often hunt for food in groups.

Giant otters get hunted due to their pelts used to make different things, especially fabric.

They get endangered because of the disruption of their aquatic habitat. Their habitat is also gets affected by pollution and fishing.

Fishing reduces the food source for them. Giant otters are primarily found in South America.

The black-footed ferret is found in North America, and they are among the endangered species of 2022.

The main reason they are endangered is the plagues and the declining habitat due to human encroachment. There are only less than 500 black-footed ferrets are left in the whole world.

Wildlife authorities are trying hard to prevent them from getting extinct. Their population has been sustained, but they need proper care and protection from the deadly plagues, which are the main reason behind their endangerment.

Saola is the critically endangered animal of 2022. They are now almost extinct, and it is no longer accessible for us to find them.

This animal was first discovered in 1992, and they are only been seen 4 times which makes them a rare animal species. Due to this reason, there is not much research about their food and predators has been done.

The main threats to Saola are hunting and destroying their habitat due to human activities.

Why Should We Protect Endangered Animals

There are many reasons why we should protect endangered animals. Please find below the reasons in detail:

1. They Play a Crucial Role in the Ecosystem

Animals play a crucial role in the ecosystem. For example, elephants are essential for maintaining the forests in Africa. They help spread seeds around and create clearings that allow new plants to grow.

If there were no elephants, the forests would become dense and overgrown, which would be bad for the environment.

Removing one animal from the ecosystem can have a ripple effect that causes other animals to disappear.

It is essential to protect endangered animals because they are a part of our history. They have been around for millions of years, and we have evolved alongside them. If we lose them, we will lose a part of our identity as a species.

2. They are used in Making Medicines

Many of our medicines have come from endangered animals. For example, the compound vincristine, used to treat cancer, was derived from the Madagascar periwinkle. If we lose these animals, we may lose the ability to cure diseases.

At least 120 chemical compounds used in modern medicine come from rainforest plants, and many of these plants are endangered.

What can humans do to help endangered animals?

There are many things that humans can do to help endangered animals. Here are a few suggestions:

We can support organizations that work to protect endangered animals. You can donate money or time to these organizations and spread the word about their work.

There are many ways to support endangered species conservation. One way is to donate to an organization that works to protect these animals. Many of these organizations rely on donations from the public to continue their work.

Here are some organizations listed by the state that work to protect endangered species:

This includes meat, eggs, and dairy products. The production of these items requires a lot of resources, and it takes a toll on the environment. You can help reduce the pressure on endangered animals by reducing your consumption.

3. Buy products that are made from sustainably sourced materials. This means that the materials come from renewable sources, such as forests, that are managed in a way that protects endangered animals.

4. Educate yourself and others about the importance of protecting endangered animals. By raising awareness, you can help encourage others to take action.

3. Provide a Shelter for Animals

If you have a backyard, plant native flowers, and let the creatures that visit your yards, such as bees and butterflies, know that they are welcome.

They will help pollinate your flowers and add to the beauty of your yard.

You could try some window or balcony plants that attract hummingbirds.

The list of most endangered species on the planet continues to increase. The main reasons behind the endangerment are climate change and human activities. Both situations led to the loss of habitat by animals, and they came to the brink of extinction. 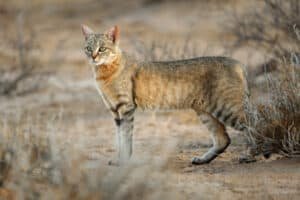 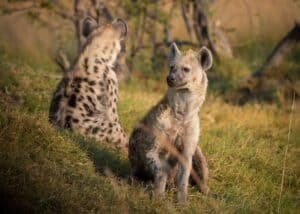