Animal loyalty is a trait often associated with dogs, but many other animals are capable of forming strong bonds with humans. In some cases, these relationships can be even stronger than the bond between human family members.

In this article we have discussed about some most loyal animals to humans.

Why animals are so Loyal to humans

There are many theories as to why some animals form such strong bonds with humans. One possibility is that they have evolved to do so in order to increase their chances of survival. Another theory is that the bond forms because of the close interaction between humans and animals, providing them with comfort and security.

Whatever the reason, there is no doubt that animal loyalty is a remarkable thing. These stories are proof that the bond between humans and animals can be incredibly strong, and that animals are capable of much more than we often give them credit for.

Ethologists often speak of the loyalty of domestic cats, but is this the case? It turns out that the answer may depend on how you define “loyalty.” If you think of loyalty as simply staying close to home and not straying far from your owner, then yes, cats can be quite loyal. However, if you think of loyalty as having a strong emotional bond with your owner and being willing to defend them, even at the cost of your safety, then cats are not necessarily loyal animals.

That said, there are some individual cats that do seem to form very strong bonds with their owners and may behave in ways that could be considered loyal. For example, one cat named Tigger became famous for his loyalty to his owner, a British soldier serving in Iraq. Tigger would wait for his owner to return from duty each day and would greet him with meows and head-butts. When the soldier was transferred to another base, Tigger refused to eat or drink and eventually died of a broken heart.

While stories like this are inspiring, it’s important to remember that they are the exception rather than the rule. Most cats simply do not form these kinds of strong emotional bonds with their owners. So, while your cat may enjoy your company and be content to stay close to home, don’t expect them to put their life on the line for you.

Dogs have been called man’s best friend for centuries, and with good reason. Animal loyalty is a fascinating topic of study for ethologists, who investigate the behavior of animals in their natural habitats.

Dogs are a particularly interesting case, as they have been domesticated by humans for millennia and now live in close proximity to us. This means that they have evolved to form strong bonds with us and are often very loyal to their owners.

There are many examples of dogs displaying incredible loyalty to their human companions. In one famous case, a dog named Hachiko continued to wait for his owner at the train station every day, even after the man had died. Hachiko did this for nine years until his own death. This story is just one of many that illustrate the loyalty of dogs and their ability to form deep and lasting bonds with humans.

The parrot is one of the most loyal animals to humans according to many ethologists. Parrots are highly social creatures and have been known to form close bonds with their owners. In some cases, these bonds are so strong that the parrot will refuse to leave its owner’s side, even when offered the chance to fly away.

There are many stories of parrots that have remained loyal to their owners even after death. One famous example is Grey Friar, a parrot who belonged to Sir Thomas Chaloner. Sir Thomas died in 1615, but Grey Friar continued to live in his former owner’s house and would not leave his side, even when offered the chance to fly away.

Horses have been domesticated by humans for thousands of years and have been used for transportation, agriculture, and warfare. In recent years, they have also been used for therapeutic purposes and as companions.

Horses are intelligent animals and are able to form strong bonds with their handlers. They are also very social creatures and enjoy the company of other horses.

Horses are considered to be one of the most loyal animals to humans. They have a strong sense of loyalty and will often go out of their way to help their human companions.

There have been many stories of horses saving the lives of their riders or other people in danger. Horses have also been known to stay by the side of their sick or injured companions until help arrives.

In some cases, horses have even sacrificed their own lives to save their human friends. While it is impossible to know exactly what goes on in a horse’s mind, there is no doubt that they are capable of forming strong bonds with humans and showing loyalty and affection.

Wolves are among the most loyal animals to humans. They have been known to stay with their owners for years, even decades. Wolf ethologists (scientists who study animal behavior) have documented cases where wolves have remained with their owners until death.

While the loyalty of dogs has been widely studied, that of wolves is less understood. However, there are a few key reasons why wolves are so loyal to humans.

Rabbits are one of the most loyal animals to humans. They have been known to follow their human companions around and even wait patiently for them to return home. Rabbits are also very affectionate, often licking their owners’ hands and faces.

Rabbits are social creatures and bond well with their human families. They are intelligent animals and can be trained to do simple tricks. Rabbits are also relatively easy to care for, making them ideal pets for families with children.

While rabbits can be loyal and affectionate animals, they also have their own unique personalities. Some rabbits are shy and reserved while others are outgoing and playful. No two rabbits are exactly alike, just like no two humans are alike. This is one of the things that make owning a rabbit such a rewarding experience.

Price can vary depending on the type of rabbit, where you purchase it, and whether or not it is spayed or neutered. However, in general, rabbits typically cost between $20 and $50.

Ducks are social animals, and they form close bonds with those around them. This is why they are often seen in pairs or small groups. When a duck loses its mate, it will often search for another one. This is because ducks rely on each other for survival. They need each other to help find food, ward off predators, and keep warm.

The price of a duck in USD can vary depending on the specific type of duck and where it is purchased. For example, a Peking duck can cost around $40, while a mallard duck may only cost $10. The price also depends on the size of the duck; a larger duck will typically be more expensive than a smaller duck. 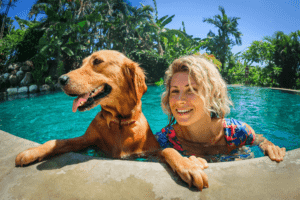 Do Dogs Swim Faster than Humans 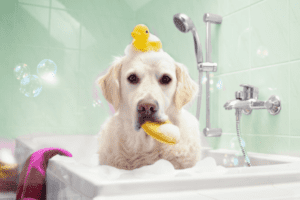 Can Dog Shampoo Be Used On Humans? 4 Important Things You Need To Know