The death of the last existing individual of a species or an entire taxon is known as extinction.

It happens when a species’ inhabitants are reduced to net zero population due to environmental factors (habitat fragmentation, global climate change, natural disasters, over exploitation of species for human purposes) or evolutionary changes in its members.

Ecologists are trying to figure out how species interact with each other and the environment, as well as how much diversity is present on the planet, how much diversity we have lost, and how many species are going extinct each year, and the most honest answer is “humanity doesn’t know” because we don’t have an accurate estimate of how many species are out there. With the advancement of technology, each year brings the discovery of new species and natural wonders.

So, unless we know how much diversity of life exists on Earth, we have no idea how much we’re losing. Perhaps there may be unknown animals less adapted to Anthropocene environments that may be endangered or already extinct. Though searching for fossils may be the only way to piece together the timeline of extinct animals. However, various facts and figures indicate that the news isn’t positive.

However, another issue arises: why is there such a pique of interest? Each biotic study yields surprising facts. In a few words, every single species plays a critical role in sustaining ecological equilibrium. Ecological balance and stability can be achieved through ecological diversity. Ecosystem stability is ensured by species diversity.

The diversity and the knowledge gap

There are an estimated 41,000 to 56,000 species in Europe alone (5,000 to 20,000 have yet to be recognized). Each year, 1,000 to 1,500 new marine species are discovered. Tropical rainforests are the world’s most ecologically diversified terrestrial ecosystems. Because of its species richness, the Amazon rainforest is the world’s largest tropical rainforest and is considered the most stable ecosystem on the planet. It supports approximately 56,427 species and 2.5 million insect species. More variety of life equals more life security.

The deviation in statistics reflects uncertainty due to the enormous historical biotic history of the planet and the information gap. It is not surprising that scientists have a better knowledge about how many stars are there in the universe than they have about the number of species on the planet.

The statements of some most reliable research

Extinction, on the other hand, is both an opportunity and a risk.

Extinction is necessary for the evolution of life on Earth because it allows new species to originate and evolve. An event of extinction has the advantage of allowing other species to thrive. For example, we humans could not begin our evolutionary route until many of the great creatures that had previously ruled the planet had died out.

The planet evolved naturally five times during its history after mass extinctions, but extinction now occurs as a result of anthropogenic activities, which some scientists refer to as the sixth mass extinction, posing a serious threat to not only the environment or ecosystem but also the existence of all living forms on the planet, including humans.

So, coming back to our point how many species perish each year? To better comprehend the solution, let us go back in time through biotic history and explore the mass extinction catastrophes.

Biotic History of the Planet

During the Cambrian Explosion, 540 million years ago, early life forms flourished. Only a few times in the history of our planet have mass extinctions happened when at least half of all species perish in a short period.

Species become extinct continuously over the history linage of Earth. At least 99.9% of all plant and animal species have gone extinct.

Early rock layers have a lot of fossils, but later rock strata have none giving evidence of biotic history. A variety of animals and plants perished abruptly, from small marine invertebrates to massive dinosaurs.

The Devonian extinction (also known as the 2nd mass extinction) came about 365 million years ago during the Devonian period. Several sea species perished during this critical period.

Around 250 million years ago, the biggest extinction occurred. The Permian-Triassic extinction is also known as the “Great Dying”. During this period more than 90% of the Earth’s species were lost. Despite the near extinction of life on Earth, the “Great Dying” created space for new creatures, including the earliest dinosaurs.

Another major extinction occurred about 210 million years ago, during the Triassic and Jurassic periods. This extinction event allowed dinosaurs to flourish by eradicating many huge mammals.

The period of extinction occurred 65.5 million years ago, near the conclusion of the Cretaceous epoch. This is the well-known extinction event that marked the end of the dinosaur era.

The major extinctions in each of these events created niches or opportunities in the Earth’s ecosystems. New groups of creatures were able to flourish and diversify in these niches, resulting in a variety of new species. The extinction of the dinosaurs allowed mammals to thrive and grow larger with the end of the Cretaceous period.

Around half of all plants and animals perished 65 million years ago during the extinction event. The event is so big that it marks the end of the Cretaceous epoch and the start of the Tertiary.

Scientists refer to the current epoch as the Anthropocene, which means “human epoch.” They warn that the Earth is on the cusp of sixth mass extinction as a result of human activities such as pollution, overfishing, and forest destruction. What new life would emerge to replace the void that we currently occupy if this is true?

However, the scenario would be quite different this time since the expanding human population, urban expansion, and all of its consequences, including climate change, may leave very little area for wildlife to thrive and the situation is getting more and more critical with each passing year. Steps must be taken to solve the problem before it becomes too late.

Ceballos et al., (2015) alarmed in their research article that the presence of a sixth “mass extinction” of Earth’s biota is predicated on proving that the current rate of extinction is much higher than “background” rates seen between the 5 previous mass extinctions. Previous extinction rate estimates, he claims, have been questioned because they were based on assumptions that may overestimate the severity of the extinction problem.

Even by their calculations, the average rate of vertebrate species extinction over the last century is up to 100 times higher than the background rate (the rate without estimating anthropogenic activities). These data suggest an extremely rapid loss of species in recent millennia, implying that the sixth mass extinction is already begun.

By scaling up conservation efforts, it is still possible to avoid a severe drop in biodiversity, but the opportunity is fading fast over time.

Population growth and our consumption are the main drivers of this tremendous loss. Habitat degradation, wildlife trade, and over-exploitation are the main causes of species population declines, which are currently unsustainable. Climate Change is adding to the pressure; the entire implications and impacts on Biodiversity, as well as how life may (or may not) adopt, are yet largely unknown.

Scientists disagree over the extinction rate, which is based on the inclusion or exclusion of unknown biodiversity. Some predict bigger numbers, while others predict a little lower numbers. However, a vast deviation is present in the studies. No one can properly say who is more precise, yet the numbers are enormous and uncertain.

No matter how many figures there are, the main issue is, that we are in a serious state of biodiversity loss, and anthropogenic activities are one of the causes of reducing biodiversity. Although global plans, policies, and legislation for the conservation of nature have been developed, such as the Convention on Biological Diversity (CBD), the Ramsar Convention, and the Bonn Convention, there is still a lack of seriousness due to national economic interests.

We must recognize the gravity of the situation and take prompt action at the global, national, and citizen levels to address this significant scientific issue. 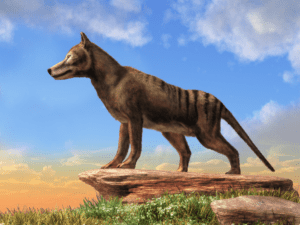 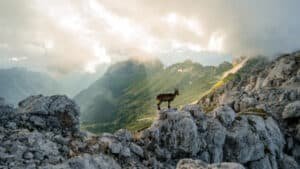 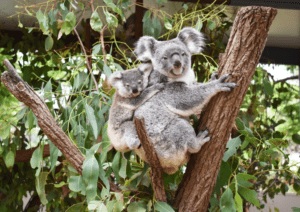